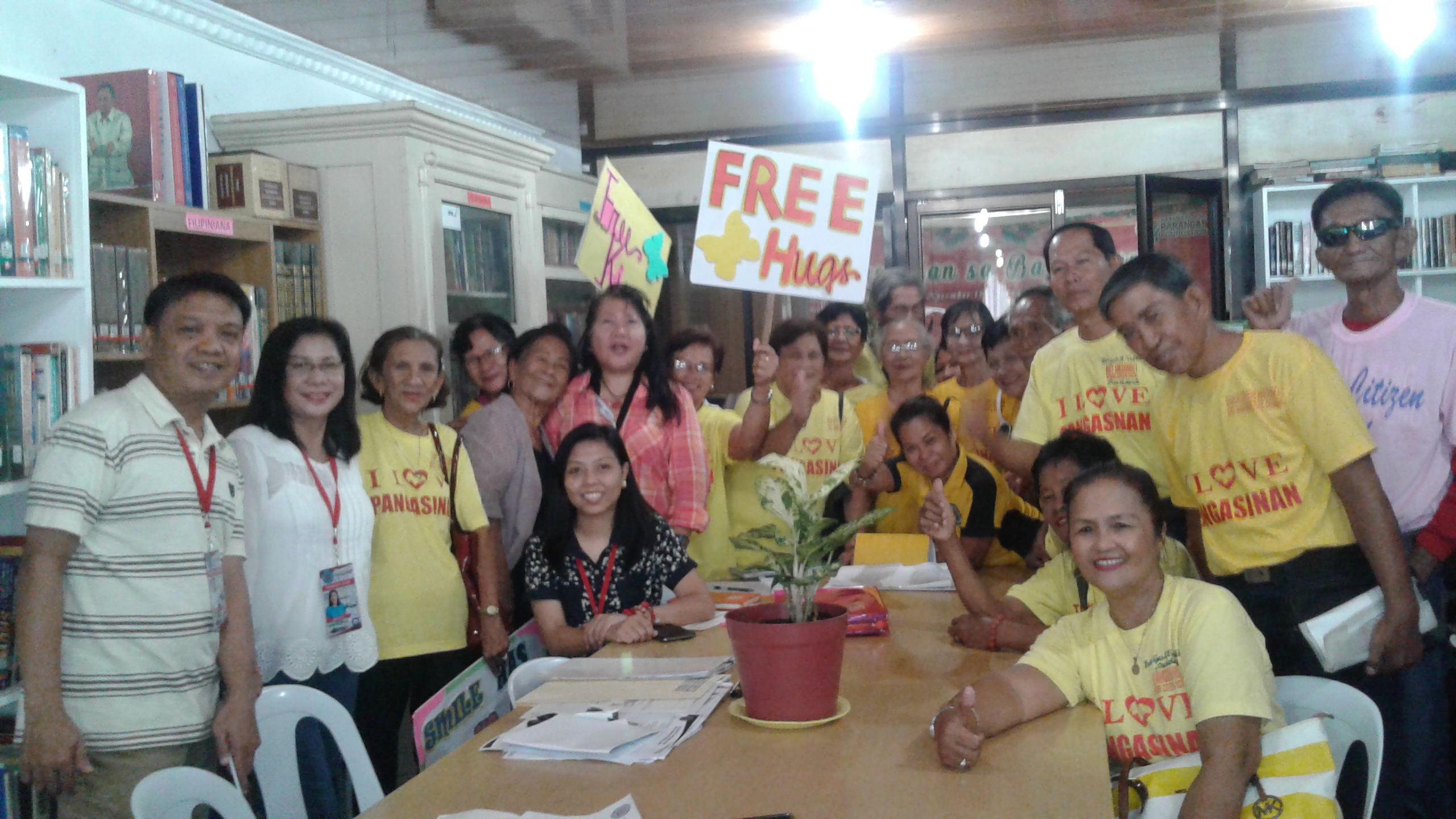 “We took a bath in cologne today,” one of the members said, chuckling.
The day’s activity was part of OSCA’s week-long activity in celebration of the Senior Citizens’ Week.
Earlier on Monday (Oct. 3), Chairwoman Mrs. Iluminada Mabanglo led OSCA officers and members together with LGU employees and guests in the flag ceremony. In her speech, she revealed that the theme for the week-long affair is “Feeling Young All the Time.”
Mayor Cezar T. Quiambao was himself in a jolly mood that morning. Addressing OSCA members, he said that, 10 years ago, he saw a tarp at the airport saying, ‘Life begins at 60,’ and it occurred to him that the saying was true.
“You must feel young,” he advised his senior-age audience. Then he added, “What is the secret (to feeling young)?”
“Huwag ilabas ang senior citizen’s card!”
The joke received a round of giggles.
He ended on a serious note, however, by underscoring Mabanglo’s earlier insight: “Kung walang senior citizen, wala tayong lahat ngayon dito. Walang duktor, walang attorney, etc.”