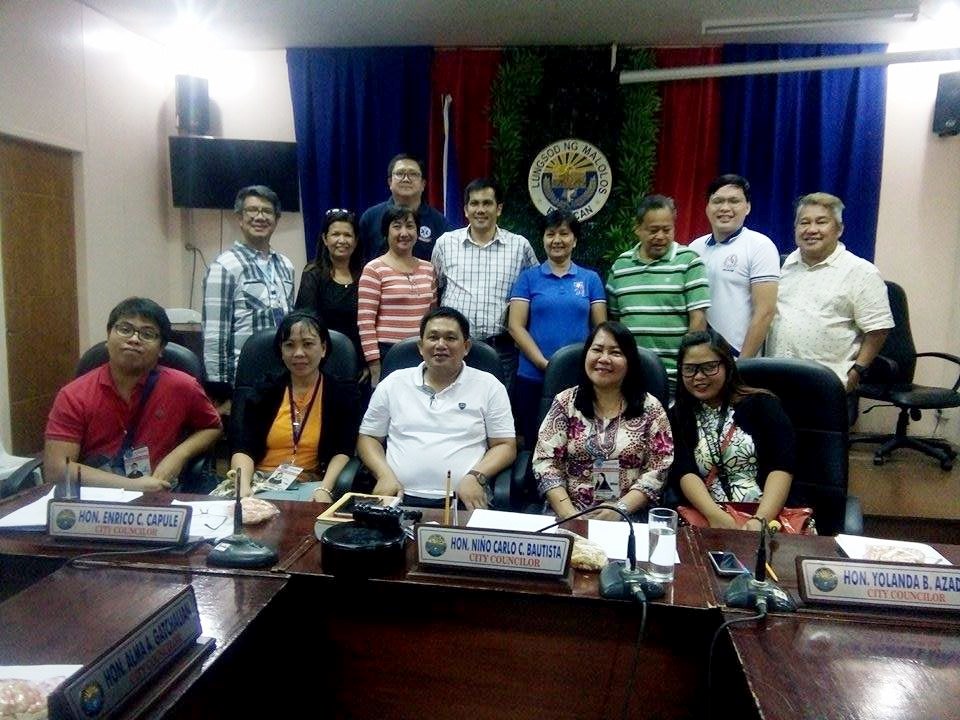 The City Government of Malolos, Bulacan, has approved a resolution on May 26, 2017 adopting the municipality of Bayambang as a sister-town.

According to City Resolution No. 05-2017 authored by Malolos City Councilor Enrico C. Capule, the City of Malolos is adopting Bayambang as a sister-town by virtue of our strong historical ties. The resolution noted that Malolos became the first capital of the First Philippine Republic on January 23, 1899 and the site of the First Philippine Congress on September 15, 1898, while Bayambang was the fifth and final capital of the First Philippine Republic on November 13, 1899 and the place where the lyrics of the Philippine National Anthem was written by Jose Palma. (The other capitals at the time were San Isidro, Nueva Ecija; Bamban, Tarlac; and Tarlac, Tarlac.) The resolution further noted that Malolos and Bayambang are united in the aim of promoting, enriching and advancing public awareness on our common role in Philippine history.

The delegation was toured around the famous historical shrine, Barasoain Church (which was the site of the First Philippine Congress), and the museum inside Malolos City Hall.

Bayambang is expected to craft an equivalent resolution soon leading to a Memorandum of Agreement between the two parties.